ONLINE POWERLIFTING STORE US AND UK

What equipment should I buy in a powerliftinfspag store in United Kingdom? Well, mainly material that ...

ONLINE POWERLIFTING STORE US AND UK

What equipment should I buy in a powerliftinfspag store in United Kingdom? Well, mainly material that is of quality, with recognized Powerlifting brands such as Inzer and Titan. Also, if you are thinking of competing, the ideal is to buy powerlifting equipment approved by IPF (International Powerlifting Federation).

We have for sale both accessories for raw powerlifting as well as for equipped powerlifting. We distribute Inzer and Titan brands in England, , with fast shipping in 3-5 business days. Our competition equipment is of very good quality and IPF approved in UK. 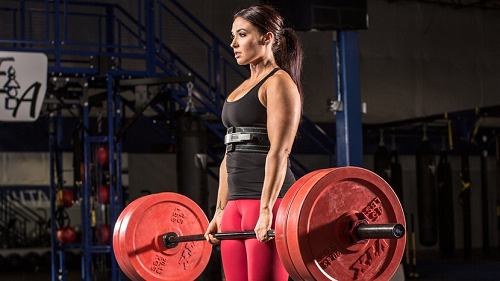 WHAT EQUIPMENT CAN I BUY IN A POWERLIFTING STORE?

In our online powerlifting store, with deliveries to London, Manchester, Brighton, Newcastle... you can get all the equipment you need for your training and competition. Here is a brief summary of the equipment that you can find available in our catalog:

Wearing the right bandage for heavy weight training and powerlifting competition will prevent injury. Knee wraps will protect your joint and allow you to move more weight in squats during competitions (2m, 2.5m, 3m). Powerlifting wrist wraps protect the wrist joint and give stability to your lifting both in the gym and in competitions (e.g. bench press). There are wrist wraps of various types, rigid and elastic, of 0.50 m, 0.75 m, 0.90 m, etc. We recommend buying the Inzer or Titan brand.

Also in powerlifting it is very common to use knee pads for squats and deadlifts.

Belts are another basic accessory in powerlifting. Belts protect the lumbar back in exercises such as deadlifts and squats, although there are also bench press belts. The ideal is to buy a belt that is of high quality, strong, resistant and in one piece, such as the Inzer Forever Belts (recommended). There are 1 cm or 1.3 cm belts. There are several colors and designs to choose from. You can buy a powerlifting belt with buckle or toggle (quick release). We recommend always choosing quality material, which will allow you to prevent injuries during very heavy lifts.

Ideally, wear comfortable gym shirts and pants. Shirts that you can comfortably wear under your competition jersey or under your bench press shirt.

-Powerlifting Singlets or Powerlifting Jerseys: this is the basic powerlifting jumpsuit or suit, also used in weightlifting. This type of garment is made in one piece and is made of a resistant and flexible material that fits snugly to the body. They favor the lifts and are the type of suit allowed in powerlifting RAW or without equipment. It is IPF approved material.

POWERLIFTING EQUIPPED OR WITH EQUIPMENT

- Squat Suits: is a one-piece, very tight and strong type of garment that allows the lifter to move more weight in squats. It is only allowed in equipped powerlifting. IPF Approved.

- Deadlift Suits: another suit or jumpsuit made in one piece, which allows an elastic and explosive take-off when performing the deadlift. With the suit, the lifter will be able to move more weight. It is only allowed in equipped powerlifting. IPF approved.

-Bench Press Shirt: these shirts act as an elastic, protecting the shoulders and allowing to handle heavier loads in the bench press. They are only allowed in the bench press with equipped equipment or powerlifting. Look for IPF approved brands such as Inzer or Titan.

In our online store you can buy professional powerlifting competition apparel at the best price, both raw and equipped.

Training and competition discs (such as those from Eleiko), with the official diameter of 50 mm for Olympic barbell. For training in the gym you can also use the bumper style discs (rubber for rebound). In our store you can buy powerlifting discs, calibrated for competition.

With the official diameter of 50 mm for discs and a weight of 20 kg. The powerlifting or weightlifting bars are made of solid steel and professional (like the Eleiko bars). We recommend buying one of these Olympic bars in a powerlifting store, as they are the only ones allowed in competition.

OTHER MATERIAL AND EQUIPMENT FOR POWERLIFTING

- Power Cages: the safest way to be able to perform the three powerlifting exercises in the gym. They allow a safe training, as they usually come with safety stops. The cages or racks are used for squats, bench presses and deadlifts.

Other accessories you can buy for powerlifting would be ammonia salts, magnesium for the bar, arm and leg sliders to put on your squat or bench press suit, etc.

Be sure to visit our online store powerlifting in UK, with shipments of material and equipment for powerlifting to England, Wales, Scotland and Ireland.

WHAT IS THE SPORT OF POWERLIFTING?

Powerlifting is a sport of static strength where the strength of the torso, legs and body in general is measured. It consists of three movements to perform: squat, bench press and deadlift, where the goal is to lift the maximum amount of weight that the lifter can with the correct technique.

POWERLIFTING There are 503 products.